The Badminton World is in shock. Although it is not a huge surprise, it simply hurts that this is now reality. The undisputed GOAT of Mens Singles has announced the end of his illustrous career on July 4th 2020. After 20!!! years he will no longer be participating in international badminton tournaments.

I think its a wise decision, since he wasn`t competitive enough anymore to achieve remarkable results against the younger competition. Watching him the last couple of years it seemed like he was walking on court rather than running, when you compared him to Prime Lin Dan. With his racket skills and experience he would still be able to pull off some upsets, but never a complete tournament.

So now he can just enjoy his well deserved retirement. He certainly has done more than enough for the badminton world and is probably the most popular and well-known ambassador of our sport. Since I started watching Badminton in 2004, for a long time I thought it would be impossible to play this sport better than Taufik Hidayat. I still love Taufik, but I have to correct myself. Lin Dan has brought this sport to a completely new level.

He was pretty much the perfect player for mens singles without any weaknesses. Taufik had the better backhand, better deception and was probably more naturally talented. But Lin Dan has it all. Athleticism, tactics, endurance, speed, mental strength, feel for the ball, power, technique, court coverage. I strongly believe that today`s generation around Kento Momota would never stand a chance against prime Lin Dan. SoI have to say Goodbye, Champion. You will be missed!

Also read: The best badminton player ever in mens singles 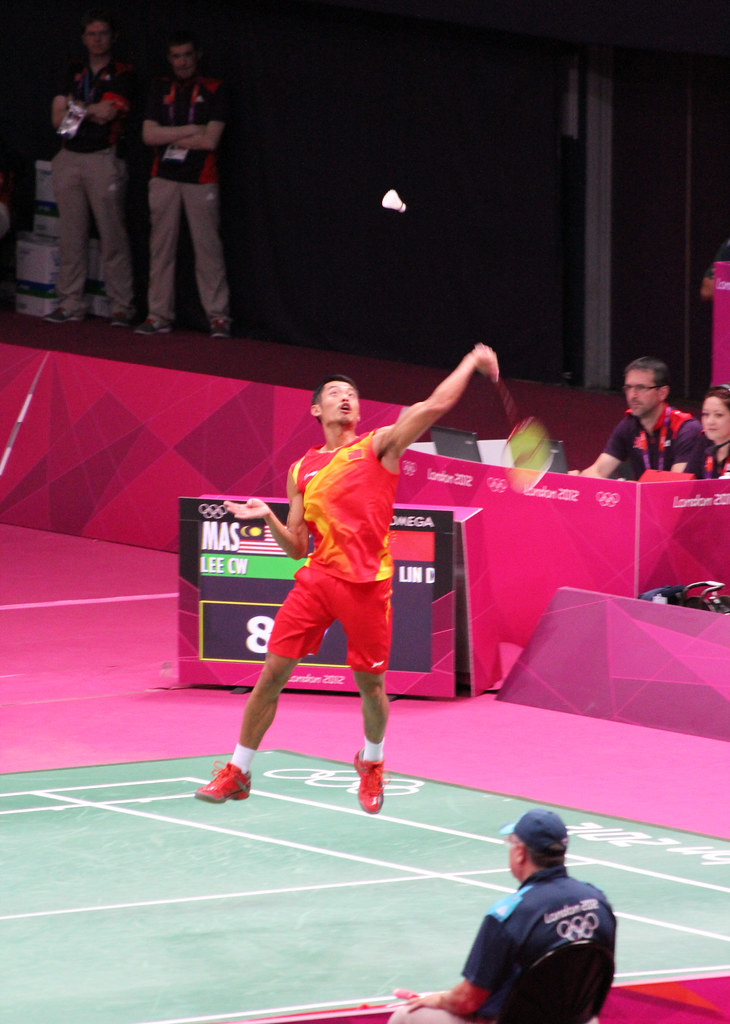 “Lin Dan Returns The Shuttlecock” by gripso_banana_prune is licensed under CC BY-SA 2.0

The list of his achievements is insanely long, since he was world class for around 15 years of his 20 year long career. He won a total of 66 titles and has a win-loss record of 666 wins and 128 losses. So I will pick the most important wins:

There are many, many more titles, but these are the most remarkable. So let`s see if there will ever be another player on the Badminton stage as good as Lin Dan!